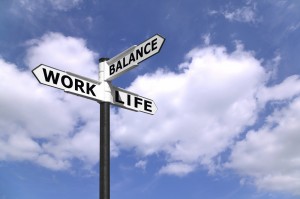 While there has been much talk recently about the extent of the structural budget deficit, accompanied by the inevitable commentary about increases in taxes and reductions in expenditure, a notable absence has been the subject of how long Australians are living.

In April, the Grattan Institute’s report Budget Pressures on Australian Society told us deficits were here to stay, largely due to a blowout in health expenditure that is not attributable to an ageing society. The other story contained in the report is that ageing and aged-care services represent the fastest-growing area of public expenditure. Rather than health costs, it is ageing itself that is the big challenge.

The demographic change Australia is undergoing is hurting our old-age dependency ratio — that’s the ratio of people over 65 years relative to the working age population (15-64). In 2007 there were five working-age people for every older person. According to ABS projections, in 2056 this number is forecast to drop to three. That is, unless we change what it means to be “working age”. As the RBA reported in February, ageing of the population has, by itself, subtracted from the participation rate over the past decade as baby boomers move into retirement.

We need to stop dancing around the edges of the longevity debate and fully engage with it at all levels of the policy process. This is an economic and social issue of profound importance that has not received enough consideration in the public debate.

To develop a system that supports people to be active and productive members of society for longer, we need to talk about longevity. People need to be informed about their likely life expectancy and the importance of managing their superannuation to cover longer life spans.

There is a paucity of information about employer attitudes to retaining and employing older people. About two-thirds (64%) of older Australians surveyed by the ABS cited perceived employer attitudes towards them as the most significant reason they could not re-enter the workforce. An in-depth public survey of employers would assist in working out what impediments exist from the employer’s perspective when retaining and employing older workers.

Employers must allow older workers flexibility in terms of working hours and working from home and where possible, the government must enable workers to do so.

The government’s proposed amendments to the Fair Work Amendment Bill, currently before the House of Representatives, broaden the category of workers who can apply for flexible working conditions to include mature workers and those caring for elderly relatives. What effect this change would have on workforce practices remains to be seen. The conferral of this right needs to be matched with a media campaign by the government and employer groups so older Australians know that they can request a flexible working arrangement.

Without prompt action, the decade of deficits may be upon us. But there is action we can take to harness the economic power of our longer-living society. We can increase the participation rate of older Australians – the silver generations might just be Australia’s silver lining to the gathering economic clouds.