All posts in Migration 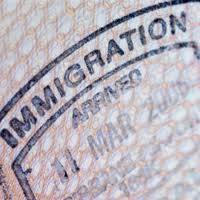 Australia’s peak technology industry lobby group has called on the newly appointed Prime Minister Kevin Rudd to support 457 visas and stop picking on the IT sector.

END_OF_DOCUMENT_TOKEN_TO_BE_REPLACED

If you are thinking of visiting Australia and will be eligible to work why not contact SDP Solutions; we offer a range of services from connecting you to a network of recruiters, maximising your net income with legal tax reducing strategies plus much more. Check out our full range of services by clicking here.

END_OF_DOCUMENT_TOKEN_TO_BE_REPLACED

July is soon approaching and with that we will see the reforms to the 457 visa scheme come into effect.  Latest updates announced by the Government on the controversial 457 visa scheme include;

With the election taking place this year, there has been a lot of political play onto the proposed changes to the 457 visa.  Political leaders are communicating the tightening on 457 visas is to protect “Australian jobs for Australian citizens and residents”.